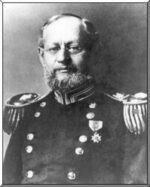 While getting off a ski lift in Park City last month, I spotted the “Bat Signal” telling me a client was in distress.

Okay, yes, I am being a pretentious A–, clients don’t “need” me that way, and it was merely a phone call.  But I was on vacation!

“We made the cut down to three after an RFP round, and they are asking for a one-hour presentation. How do we do that?  What do we do?  Can you come work with us for a half-day so we can put together a presentation?”

This was a desperate call from a “Proven Process” client, so I was comfortable with the idea that we could figure this out.  They know my style, thoughts on best practices, and I know their business.  We could plumb their sales playbook and the RFP for what’s important and put together a tight 60-minute presentation and discussion that would put this client on great footing.

On the appointed day, the CEO, President, and the rest of the executive team and I gathered in their conference room – this was an important meeting.  We first spent about an hour or so going through the RFP and my client’s response.  We visited the prospect’s web site and searched news sources for additional insight.  We felt we knew the challenges and issues in their present situation that were keeping the key players from reaching their goals and objectives.

Then, the sales leader for this opportunity revealed that after they made the cut down to three contenders, the prospect sent a series of emails asking seven questions that they wanted answers to prior to the proposal review meeting date.

Excuse me? Say what?

Full Stop. I wanted to see the seven questions.

The seven questions were thoughtful and well-written, and the answers clearly were going to be a central element of the prospect’s decision-making process.

Immediately, I thought of Robert’s Rules of Order, first published by Major Henry Martyn Robert in 1876.  Robert’s Rules dictate that meeting agendas should cover unfinished business first, then new business.  Some have edited this to “Old Business” then “New Business”.  Whatever.  A difference without much of a distinction.

My client was very confident they had done a great job answering these questions. But how did they know for sure?

If they failed to ask about their seven answers, they would have no idea how the prospect graded them.  This unknown could be fatal to their opportunity. If they waited until they finished their presentation, they might run out of time and leave the prospect uneasy about awarding them the business. It’s fair to assume that whichever vendor answered these questions best would have the best shot at winning the deal.

Following Robert’s Rules, my client’s performance on these answers, therefore, had to be the “Unfinished” or “Old Business” of the meeting agenda for their 60-minute meeting the following week. It was Covey’s First Thing, the highest priority, the most valuable thing they had to put first on the agenda.

But how should they actually discuss this unfinished business in the meeting?

Most people would mindlessly ask the prospect, “So, how’d we do on those seven questions you asked us last week?”  Seems reasonable, right?  Just ask.

Well, ever be part of this conversation:

Rarely works well, does it?

The stakes were too high for such a bland “how was…” question.  Instead, I urged them to use the following at the start of their meeting:

“You sent us seven questions last week after telling us we made it to this final round. Before moving forward with our presentation and discussing our proposal…

DID WE HIT THEM OUT OF THE PARK?”

This question puts the seller in control.  Stay silent, say nothing, and force them to answer the question. Anything less than an unequivocal “YES”, should lead to a discussion around, “why not?”

Then, discuss any misunderstandings, questions, or concerns they have with the answers. This strategy puts first things first and shows that the seller wants to take care of any prior business.

Well, they took my advice.  My client reports that the meeting went very well.  They had a great discussion about the seven questions and the rest of the meeting was easy.  I’ve been hoping I could end this Lesson with an announcement that they won. If only it were that easy. We still don’t know, the decision delayed. Stay tuned.  But remember unfinished business before new business, and First Things First.

Follow your passion?  I’ve always thought this advice was blech.  Cuban, Galloway, and Rowe do a great job explaining why here.

This branch of the Shapiro family tree is full of cheese-aholics.  This description of the nine healthiest cheese makes us feel good about our life choices.  I know Mrs. SalesReformSchool is excited that Feta holds down #3 on the list.