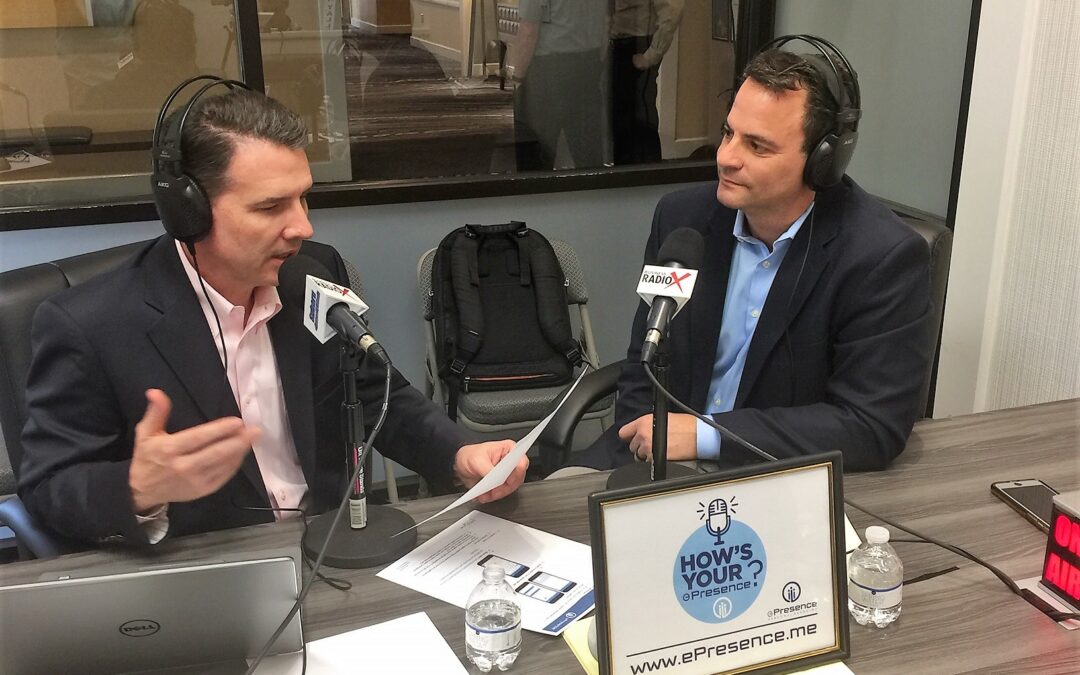 You see me and SalesReformSchool™ in print here, some of you may have heard me speak live and in-person, and I’ll have coffee one-on-one with virtually anyone.  I’ve done both private and public webinars, but until last week I had never been interviewed live and in a real sound studio.

Early Thursday morning, Mark Galvin of the “How’s your ePresence?“ streamed radio show and podcast called me frantic. His scheduled guest canceled on him and he needed a guest for his 30-minute show.  He had heard from a mutual friend that I would be a good fill-in. Although we had never met, I had heard him speak the previously week – he was definitely a professional.  So, of course, I was more than happy to Wally Pipp someone for greater glory.

Yes, I was a little nervous and somewhat uncomfortable mostly because I didn’t know Mark personally and it was going to be a new experience.  And this is the point of today’s lesson: All you have to do is google “get uncomfortable” and see the consensus built around the idea that discomfort is the key to success in business and in life.

If the opportunity cost is low, then embrace the stranger. We are all strangers to a lot of people. Yet if you are in sales (and we are all in sales), you have to believe there are strangers you can help.  A stranger today may be an ally or customer tomorrow.  Embrace this concept and you will enrich your life.  I didn’t know Mark, but I figured he seems to be a professional and it wasn’t like we were meeting in a dark alley.

Both Yoda and Nike were right.

Even though you may be uncomfortable, if you commit to an action or accept responsibility, focus on doing it 100% right.  We rarely get second chances.  Mark wasn’t merely trying to do a good job; he was committed to doing a good job. He had spent enough time researching me and my business to ask intelligent questions.  He was prepared. If you listen to the whole show, you’ll notice how smooth Mark delivers the opening, closing, and transitions. He actually does this from a script.  He doesn’t wing-it.

For my part, I committed to being a great guest and embraced my supporting role so Mark would be at ease secure that he had made the right call that morning. Since the show was about using social media to further your business, I gave some thought beforehand on how I used my “epresence” to further my selfish business goals.  I didn’t want to seem unaware of the show’s theme. I didn’t care whether I got to speak for two minutes or 20; just being invited was of significant value as was the potential payback for helping this stranger who was in a bind.

Own your own history.

During the broadcast, Mark shares some of his own pre-epresence history and it sounds like it wasn’t always pretty. Why did he do that?  Consciously or unconsciously, he is telling his audience that if they are in a sub-optimal situation today, it doesn’t have to stay that way.

Years ago, I shied away from telling people that the genesis of my starting SalesReformSchool™ was that I got laid off from the only software executive job I ever had.  I didn’t want to sound like a failure.  I soon figured out, though, that people love metamorphoses stories.

I often talk about how stories help you build trust.  People want to know how we have arrived at where we are today. Beyond the neuroscience behind stories and trust, I think people crave genesis stories due to the need for inspiration.  They are asking, “Why did you make that leap?  Why are you doing this ‘different’ thing now?”   They may be genuinely interested, but more likely, they want to see if they can glean something from your experience to help them do something different.

By owning my own history, I can help others, and yes, “sales” is helping.  Mark knows that by sharing our stories we can help others metamorphize as well.

What strangers have you reached out to recently or met?

What’s new that are you going to commit to doing rather than just trying?

Even if it’s embarrassing can you talk about your history?

Let me know if you want to talk about it. Even if you are a stranger.

And here’s a link to the 30-minute broadcast.  Next time you are on a walk, on a train, or are about to take a half-hour drive, please listen.  The production team at Business RadioX and Mark told me I did a great job, but I am guessing they tell that to most guests.  I’d benefit from receiving your honest feedback on both the content and my performance.  I’d love to do something like this again and be better at it.

You can go on ANY podcast app and search for “ePresence” and the show will appear in the feed.

The show can also be found at these links:

Morgan Housel is a financial writer I follow on Twitter.  He’s good at what he does and even better when he focuses less on dollars and cents and more on life lessons.  Earlier this month he wrote on Useful and Overlooked Skills.

I need to get better at a few of these.

I’ve started reading Sapiens:  “A Brief History of Humankind” by Yuval Noah Harari. I’ll call this the first on my summer book list.  It came highly recommended by two SalesReformSchool™ offspring.  I may next move to one of the recommendations of this guy. By the way, are any of you on Goodreads?